The smaller, lesser-known members of the cat family are just as intriguing as their more famous counterparts, and while big cats tend to draw the crowds and delight the novice safari-goer, it’s the small cats that are sought out by photographers, guides, and the more intrepid bush-goer. Here are five cats to keep an eye out for on your next safari.

This long-limbed, solitary cat is found in abundance across sub-Saharan Africa, from the bamboo thickets on the foothills of Mount Kilimanjaro and the caldera of the Ngorongoro Crater, to the dry savannah and semi-arid grasslands of South Africa. It vocalises through purring and high-pitched chirps, and preys on small rodents.

While servals are very rarely spotted across the Sahel and North Africa, it was once widespread, so much so that Ancient Egyptians and Ancient Nubians immortalised them in their art, where they were seen being bartered or presented as gifts. 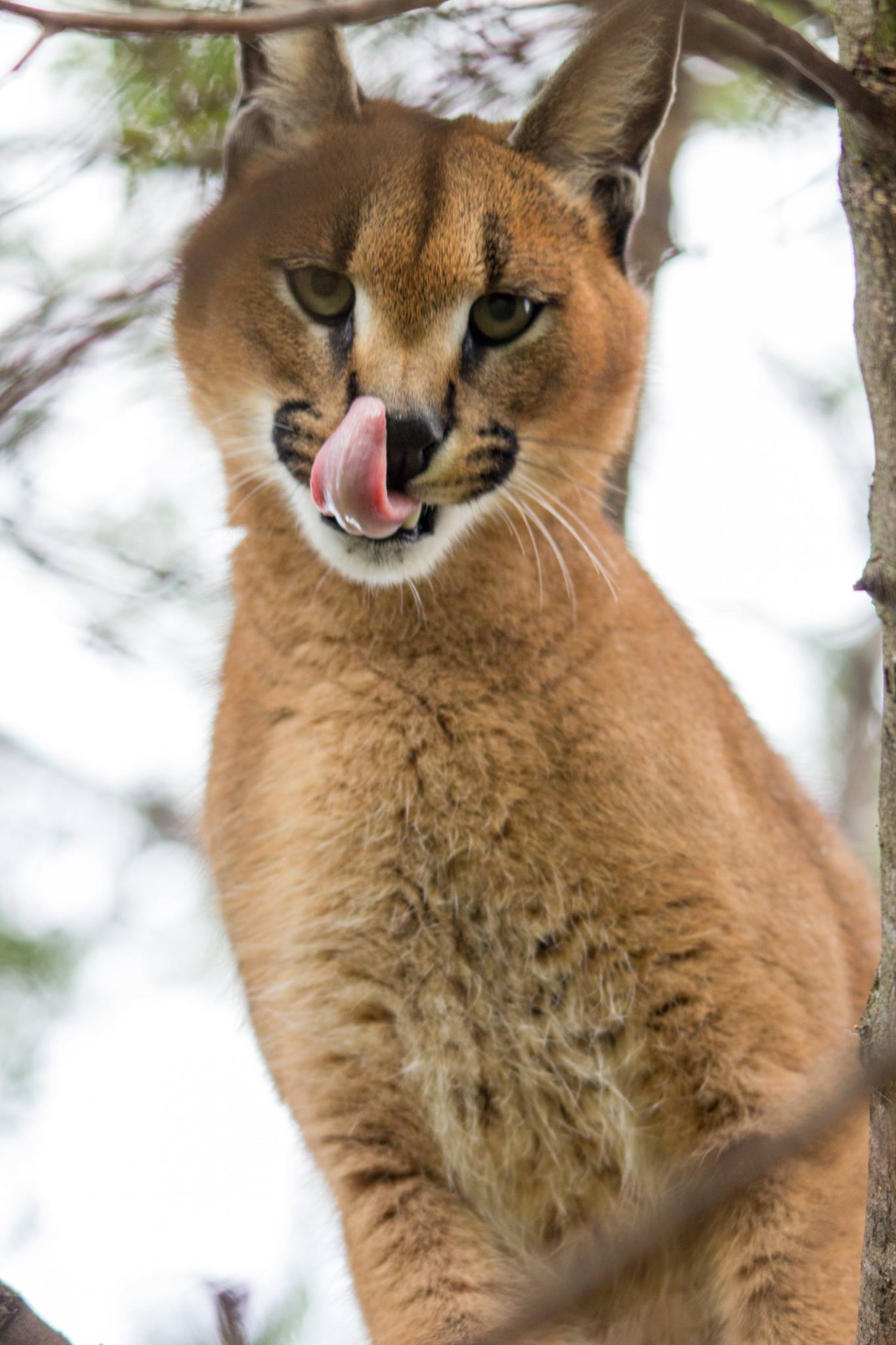 These secretive, night crawlers are easily recognised by their distinctive facial markers and tufted ears. Caracal are well-known across large swathes of Africa but you’d be mistaken for thinking they’re native to this continent alone. Ancient records have attested to their presence in destinations as far afield as Asia.

In fact, centuries ago, caracal were even tamed in India, Persia and Egypt, in order to be used for hunting – with the feline’s ability to leap a whopping four metres in the air no doubt helping in these pursuits.

Perhaps you had heard about the first two entrants on this list, but we’d take a bet you haven’t heard of Africa’s golden cat. With a reputation as the continent’s least-studied wild cat, spotting this feline in its natural habitat – the equatorial forests of central and west Africa – is hard enough, but adding to this, the golden cat is notoriously elusive and shy.

Close cousin to the caracal, golden cats are heavy-set and about double the size of your standard domestic variety, with a spotted coat that can range from amber to stone grey. While its range is restricted to tropical, verdant forests, its territories are sprawled across several countries from Senegal to Kenya. Due to its reclusive habits, not much is known about golden cats’ behaviour and it has only been caught on camera a handful of times (most recently in Uganda’s Kibale National Park).

Best places to see golden cat: there’s no guarantee with this feline, but surveys have recorded their presence in Kibale National Park, Uganda and Moukalaba-Doudou National Park, Gabon.

Caracal have at times been called the ‘desert lynx’, but that title would be more apt for the diminutive sand cat. Favouring dry, sandy and stone habitats far removed from major water sources, their range extends from the Moroccan Sahara and Algeria’s Ahaggar Mountains to the Arabian peninsula. The Tuareg people have long respected sand cats for their efficient handling of venomous snakes found abundantly in the desert.

Despite being the smallest predator on this list, the black-footed cat is undoubtedly one of the most lethal. Measuring between 34-50cm in head and body length, it’s known to attack mammals and birds larger than themselves. San folklore even speaks of a black-footed cat preying on a baby giraffe.

This cat’s range is restricted to the dry shrubland and savannahs of Southern Africa from parts of Botswana to Namibia. Its most notable population seems to be in parts of South Africa’s Northern Cape where a research project to study the cats’ behaviour is underway at Benfontein Nature Reserve.